Willingboro, NJ. — This was my fourth consecutive year attending the Keil Moore Fall Showcase. It was a two day event held at the Kennedy Center in Willingboro, NJ.

Here are a few standout players:

Azana Baines (2019)(Highland hs, Books & Basketball), the 6′ point forward is one of south Jersey’s premier players. She brings elite size and athleticism to her ability to handle the ball from the point position, her skill set on the wings and her versatility in the posts. Baines is dynamic in all capacities and is just scratching the surface of her potential. She attacks the paint. She is tall, long and athletic enough to be a premier scorer but also has the ability to run the point.

Leilani Correa (2019)(Rutgers Prep, NJ Cardinals), Correa is a 6′ wing, efficient player, smooth athlete, long with an athletic frame and build. She goes about her work quietly. Sometimes unnoticed until you look at the stat sheet and see her atop everything from rebounds, steals, shooting %, points. She is great in space, has ability to make quick spontaneous decisions in transition. She doesn’t over play, she makes the right reads and simple plays but also has the athleticism, length to make difficult plays if need be.

Taliyah Medina (2020)(Exodus NY) Medina brings elite size and skill to her position. She can play on and off the ball. She has a versatile skill set that lends itself to exploiting defenses. She’s a matchup nightmare for opponents. Her game is very advance for her age and physically she is very mature. She can produce in the midrange, post smaller players and has range on her jumper. She help with ball responsibilities and create offense off the dribble. Her length can be bothersome to shooters on the perimeter. She’s a good rebounder and can defend bigger players. She’s a hard worker, willing learner, looks to get better, very coachable player. 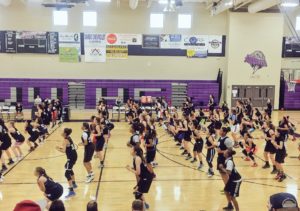